The suggestion that investment portfolios can be quantitatively optimized became controversial almost as soon as Harry Markowitz launched the modern age of portfolio design in 1952, courtesy of his famous “Portfolio Selection” paper. Not because anyone disputes the goal of engineering a portfolio that maximizes return for a given level of risk. That’s every investor’s goal, even if she doesn’t think in those terms. Rather the debate centers on how portfolio optimization is best accomplished.

Markowitz’s original proposition was a relatively simple affair, largely due to the limits of computational resources in the mid-20th century. Professor Markowitz developed a methodology that used variance and correlation as the inputs to solve the optimization puzzle. He referred to this process as “mean variance optimization” (MVO).

MVO was a revelation at a time when state-of-the-art portfolio design relied on gut instinct and perhaps a few slide-rule calculations.  However, in the near-seven decades since Markowitz wrote the paper, some have suggested that the notion that classic MVO can solve an investor’s challenges is naïve. MVO has been sliced, diced and reinvented in countless ways in search of greener pastures. The motivation: the elegance of classic MVO has been shown to stumble as a practical tool for real-world money management.

Whatever its flaws, MVO remains relevant as a foundational tool.  While the world is still waiting for a revelation that fully satisfies the paper’s original optimization objective, there’s no shortage of modified models that claim to offer improvements in some degree.  A recent addition to this ever-lengthening list of attempts at trying to build a better optimization mousetrap is a variation outlined by Maneesh Shanbhag at Greenline Partners (“Time Value of Money and Optimal Portfolio Diversification”).

“Portfolio optimization algorithms tend to rely on statistical inputs like volatility and correlation to reduce risk and increase return,” Shanbhag explains. “The problem is that these inputs are volatile and impossible to estimate with precision, making any model that relies on them fragile.”

What to do? Shanbhag goes back to first principles to rethink MVO, observing “that all assets are valued based on the present value of their expected cash flows.” From there, he develops a revised framework for optimal portfolio diversification, reasoning that expected growth, expected inflation, and the expected real discount rate are the critical inputs.

In this thought experiment the author determines that four categories of assets “can be combined into a portfolio in order to neutralize two of the three drivers of portfolio risk and volatility, specifically growth and inflation surprises.” Notably, correlation is discarded, which is no loss, according to Shanbhag, who notes that it’s difficult to estimate because it varies through time to a degree that’s difficult to forecast.

Instead, he outlines an “expectations-based model for diversification” as follows:

Where each class of assets is defined as:

ΔG+ = assets that rise in price when expected growth rises

ΔG- = assets that rise in price when expected growth falls

ΔI+ = assets that rise in price when expected inflation rises

ΔI- = assets that rise in price when expected inflation falls

As a simple illustration, Shanbhag proposes the following approach: 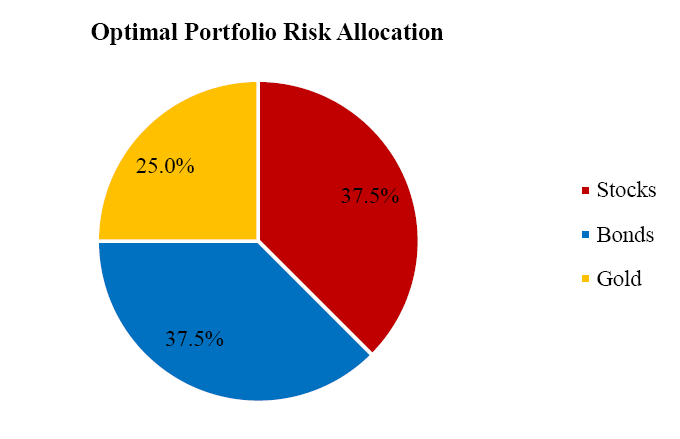 The historical results for the nearly half-century backtest (1970-2018) show that the portfolio generated equity-like returns with substantially less risk. For example, the portfolio’s deepest drawdowns were far softer vs. the maximum peak-to-trough decline in equities. 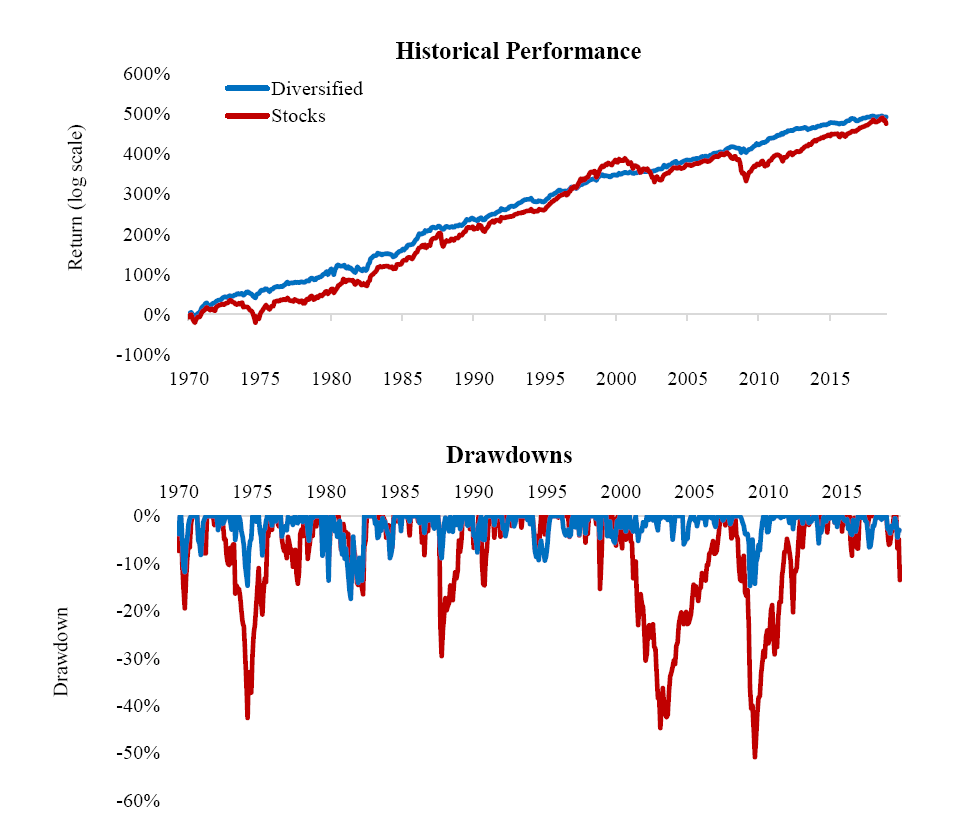 The key insight, the author concludes, is that his revised spin on optimization demonstrates a “far greater impact from diversifying to growth and inflation surprises than from holding a little bit of all global asset classes.”

Does this result hold up in a broader mix of assets that are likely to be used in the real world? Will the encouraging numbers survive out of sample? Unclear, although Shanbhag’s analysis offers investors a new and enticing idea for exploration in the ongoing quest to enhance modern portfolio theory for day-to-day money management.

[1] Leverage is needed because a 7-year average-maturity Treasury bond index was used to fund the bond allocation, which has a roughly 5.2% volatility profile.